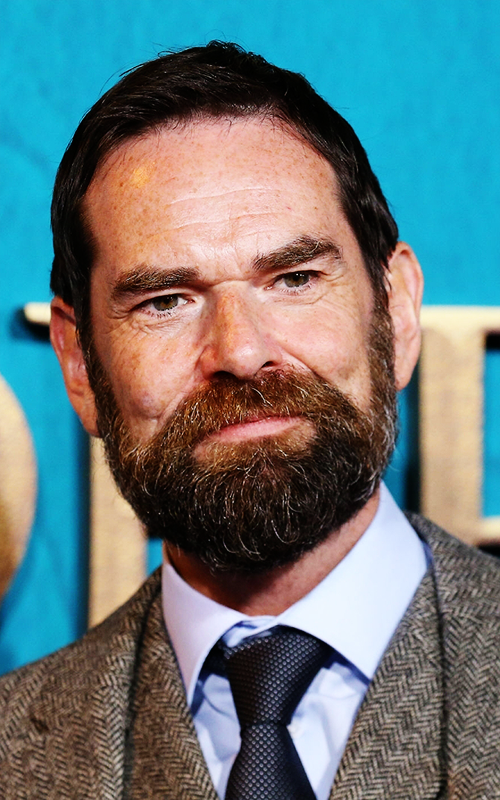 When Starz’s Men in Kilts eventually makes its debut, Sam Heughan and Graham McTavish won’t be the only former denizens of Castle Leoch to grace the travel series with their presence.

“You may just see me in it,” Outlander alum Duncan Lacroix tells TVLine in an interview tied to the show’s recent Season 5 Blu-ray release from Sony Pictures Home Entertainment. He laughs. “It’s very brief, but yeah, look out for me.”

In June, Starz gave an eight-episode order to Men in Kilts: A Roadtrip With Sam and Graham, which grew from Heughan and McTavish’s initial idea for a podcast that delves into all things Scottish. The series’ official logline calls it “a celebration of Scottish history and culture as Heughan and McTavish take viewers along on their adventures, discovering the rich, complex heritage of their native country, meeting various local artisans and experts, and experiencing genuine moments of awe and fascination as the duo share their travels with the audience rather than simply guiding them.”

Lacroix, of course, shared Outlander scenes with both McTavish (whose character, Dougal MacKenzie, was killed off at the end of Season 2) and Heughan before Lacroix’s character, Murtagh Fitzgibbons Fraser, met his own end at the Battle of Alamance in Season 5. (Here’s what Lacroix had to say about it at the time.)

Men in Kilts will visit several destinations very familiar to Outlander viewers, including Inverness, the town where Claire and Frank celebrated their second honeymoon (and where she inadvertently went through the standing stones, winding up in the past), and the Culloden battlefield, the site of a major battle and Jack “Black Jack” Randall’s death.